This is how it happened…

October 2019 I had reached the end, so I thought, to helping my horse Baylea. I retired her early due to issues stemming from chronic lameness issues. Deep digital flexor tendon calcification, severe ring bone and side bone. Additionally there was a slight chip on her right front, I can’t remember the name of the bone. 2009 she got Lymes disease which has exacerbated her arthritic issues.

Spending thousands and thousands of dollars over the years from corrective shoeing, medications, supplements, Bodywork..etc.. nothing truly gave her relief. in the beginning of 2019 she was receiving two Bute a day. Then she was switched to 10 mL of Banamine alternating with 2 mL of dexamethasone.

It got to the point where nothing was working. The first video you’ll see her crippling along. It was only out of desperation that I reached out to a friend of mine and asked about Summit joint performance.

January 2020 I began her on her loading dose. After the third injection IM I noticed her comfort levels improved. I was surprised, honestly didn’t think it was going to work.

I began her maintenance every two weeks. March I changed her maintenance to every three weeks. By May/June She was receiving her maintenance every four weeks.  I did not even think I’d be able to get her that comfortable to be able to stretch out her maintenance. Every four weeks is where she sits today for her maintenance protocol.  Periodically out to five weeks. When the ground is hard she is slow to move. Yes she has good and bad moments. Her good moments far exceed the bad. She receives 1/2 scoop powdered Banamine (2.5ml) AM/PM Daily. 1 scoop of “Equithrive Complete Joint” supplement AM/PM and “Equine Total Gold Oil” AM/PM. During the Grass Season April – October/November “Heiro” 1 scoop AM

Baylea is on a regular five-week shoeing schedule. Usually coming into the fourth week she’ll become a little stiffer in movement. She DOES NOT receive any special shoeing packages. In all honesty the more you do to her the worse she gets. I found that out over the years simplicity in Baylea’s case works better.

As of today she is doing well. I have no idea how long she will be with me. We have been battling her comfort to one degree or another since 2009. I was able to relieve some and continued to compete until 2013. Officially retired from all riding with her in 2014. As long as she is comfortable  I will continue the course we are on.
There will be the day when “that call” will need to made. It’s not today. Bay Leas Smokin Jet May 06, 1998 -??

2 Months on Maintenance Dose of SJP!!!

“I had a mare who suffered a laminitic episode in June of 2017. It was a long hard road and took a village to save this mare’s life. One is also concerned with the level of quality of life a horse will have after such an occurrence. I had a hard time getting this mare off of the Bute treatment plan without slight relapses. In all honesty, when Summit was first brought to my attention, I refused to put this horse on it due to all we had been through with her in her recovery. So, I tested it on a pony I had who had some arthritis issues. When I saw the improvement in him, I took the plunge with my mare. I can attest that I have not given this mare even one gram of Bute since her first Summit dose. She has been on Summit for over a year now. I can’t say that she would be here if it weren’t for Summit getting us through. She is well and thriving. In fact, she moves more freely and fluid than ever.”

Leah Patipa, DVM shares her experience with Summit and how she uses it in her equine practice.

*Kathy George is an Independent Representative for Summit Joint Performance 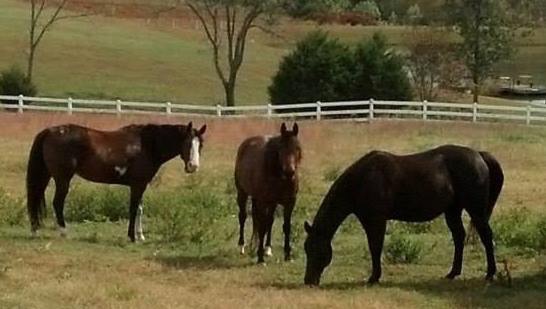 Questions? Don’t hesitate to reach out!